The Marijampolė Region and President Kazys Grinius Museum is one of the oldest museums in Suvalkija, founded in 1933. The museum operates in a cosy late 19th century neoclassical building complex on Vytauto Street.

The museum stores about 40,000 household and ethnographic, fine art, writing, photography, numismatics and archaeology exhibits that reveal the customs and lifestyle of the people of Suvalkai, commemorate the history of the development of the Marijampolė region and the city, the events of the partisan movement and the period of deportation.

The museum has three departments: the Tauras District Partisans and Deportation Museum, The Memorial Museum of Lithuanian President K. Grinius and the Museum of Vincas Mykolaitis-Putinas. 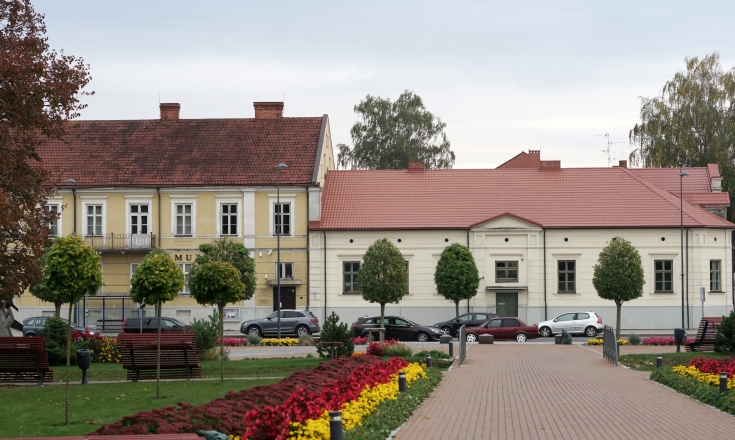 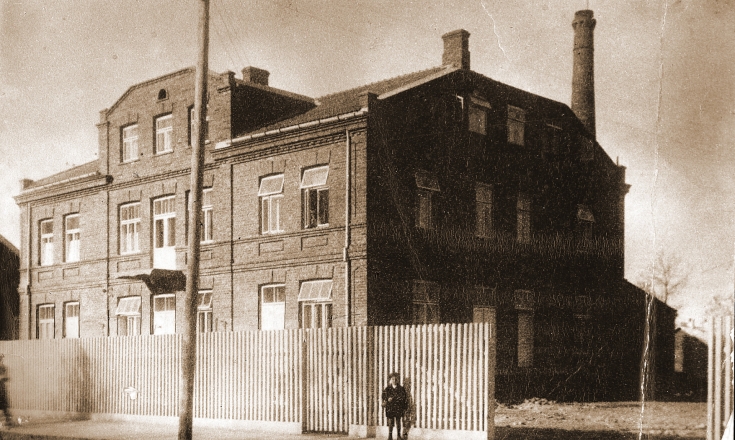 At around 1928-1929, several progressive farmers of Marijampolė started talking about the need to establish a museum in Marijampolė and collect folk art exhibits in it. The museum, then called Sodžius, was opened in the fall of 1933 on Vaičaičio Street. The first director of the museum was agronomist Bajorinas.

It is believed that the basis of the museum included the exhibits collected by the scholar, folklore collector and researcher Vincas Šlekys. Museum values were also collected with the help of pupils. Before the war, the museum housed about 1,000 exhibits.

The museum was moved several times from one building to another. As the number of exhibits increased, in 1938 the museum was moved to a dilapidated building near the county municipality on Kęstučio Street. The museum was not badly damaged during the war, because neither the Germans nor the Russians probably thought that such an unsightly building could house a museum. In 1948, the Sodžius museum was reorganised into a local lore museum and soon moved to premises on Laisvės Street.

The museum moved to its current premises on Vytautas Street in 1964. From 1965 to 1983, the museum was managed by Aldona Urmanavičienė. Cooperation was started with local historians of the schools of that time, which significantly added to the museum's funds.

At the end of 1991, the museum building was badly damaged by a fire: the roof was burn and the administrative premises were burnt and flooded. In 1991 – 2005, renovation and remodeling of the entire museum building took place, the old elements of the building's exterior and interior decoration were restored. Since 1998, the museum has been managed by director Antanas Pileckas. Since 2000, renovation works of the museum expositions have commenced: in 2001 the "Spirit of the Nation" exhibition was opened, in 2008 – "City by the River Šešupė", in 2015 – "Household and Existence".