In the Marijampolė Region and President Kazys Grinius Museum, you may see the expositions "City by the River Šešupė" and "Spirit of the Nation".

Those who are interested in getting to know the history of the city from its foundation to the regaining of Lithuania's Independence, the change of the city's name, heraldry, city plans of different periods, should take a closer look at the exhibition "City by the River Šešupė". The first part of the exhibition tells the story of the founding of the city of Marijampolė, connected with the village of Stara Būda that used to be located here, and the influence of Count Markas Antonijus Butleris, the elder of Prienai eldership, on the city's creation.

In the other part of the exhibition, visitors have the opportunity to get acquainted with the life and development of the city at the end of the 19th century – the beginning of the 20th century, with the most important institutions, schools, printing houses, and factories that operated here during that period. The treasure found here in 1980 in Marijampolė's Kęstučio Street deserves special attention in this exhibition. In the remaining part of the exposition "City by the River Šešupė" we present the history of Marijampolė during the Second World War and the development of the city during the Soviet era. 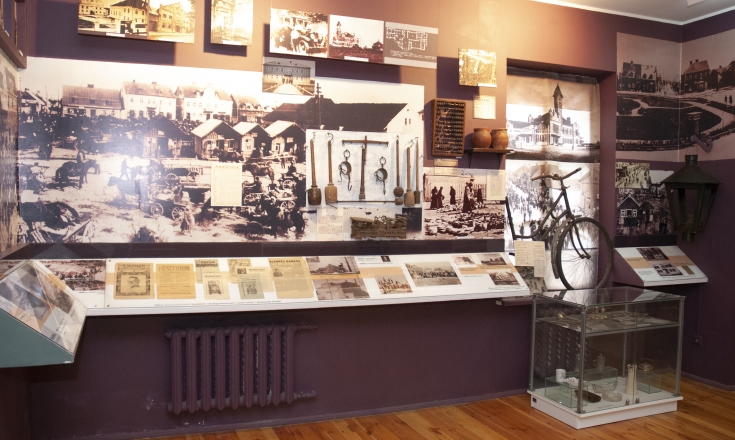 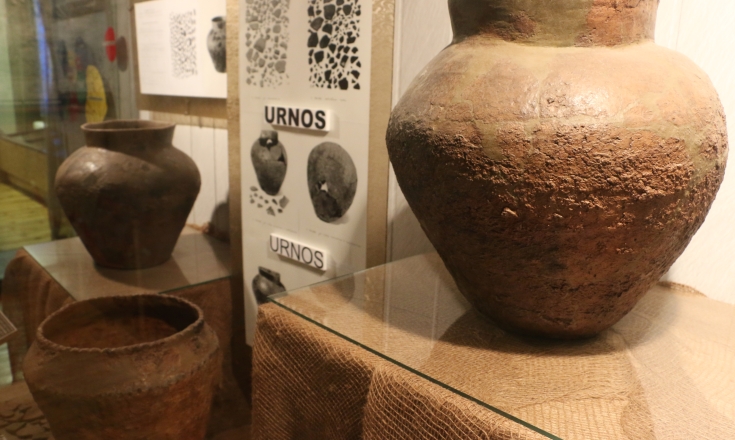 In the exposition "Spirit of the Nation" we invite you to get to know the prehistory, spiritual and ethnographic heritage of Suvalkija (Sūduva). The exposition consists of three parts: "Prehistory of Sūduva", "Christianity" and "Household and Existence in the 20th Century".

In the first part, you will be able to look at the collection of archaeological exhibits, where you will see a 3000-year-old human skeleton from Turlojiškės, a burial urn found in the flat cemetery of Stanaičiai (Vilkaviškis district), chain mail armour dating from the 12th-14th centuries, as well as flint and stone axes. In the second part, you will be able to view a collection of wooden sculptures of saints from the late 19th and early 20th centuries, explore old religious literature, prayer books and other religious paraphernalia. In the exhibition "Household and Existence in the 20th Century" we invite you to compare the changes in the lifestyle and household of people who lived at the end of the 19th century, between the wars and during the Soviet era. Traditional crafts and businesses that still existed at the beginning of the 19th century are also portrayed here.